I've always wanted a home indoor golf swing simulator so I could geek out on club head speed, estimated distance, trajectory, spin rate, etc. I began to wonder if I could put a simulator in my home. Something like this: 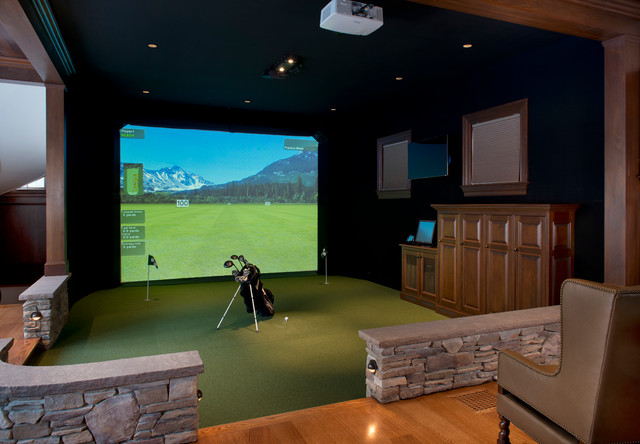 Turns out, the simulator pictured above is nearly $30,000. No way am I going to drop that amount of cash on something like this, but I began researching what a more DIY solution would be like.

Nintendo's small rectangular Wii controller is not a golf club, no matter how much the Tiger Woods PGA Tour PR team might tell you it is. While attempting to recreate a golf grip and swing is almost futile, that doesn’t stop die-hard golfers from trying.

There was an alternative: the SKLZ Nintendo Wii Golf Sim Stix. What may in fact be the hybrid kids club and the Nintendo Wiimote, the SKLZ Stix is a virtual golfer’s dream come true. It takes the upper half of a golf club (complete with Golf Pride grip and True Temper® shaft) and grafts on a sturdy holder for the Wii remote. Combined with the Wii and Tiger Woods PGA Tour Golf, it offers the promise of allowing the player to bring their real world swing to the virtual course. But is it too good to be true?

For my needs, yes it was too good to be true. All the mechanics are there but the real-world mass and inertia was not... it felt akin to recreating the actual arc of a bowling ball while holding a tic-tac. Aint gonna happen. Then once you get a real bowling ball in your hand your gonna rip your arm out of the socket, not being prepared for the resistance of the ball. With golf, take that disjoint and multiply it by 100.

To compound the problem by over simplifying the physics - people have tried to add mass (lead tape) to their SKLZ Stix to match a club. While great in theory, mass alone does nothing to replicate "swing weight" - or mass distributed over a set of distances. Example: Say a club weighed exactly the same as a roll of quarters. Could you get an accurate feel of a golf swing with just the quarters balled up in your fist or the quarters duct taped to the end of a fishing pole? Ide say neither of the setups would yield anything useful. So. Agree, disagree, this is how I built my WII "J Stick" to get as close as possible for "playing golf" indoors.

Given: a real club with the weight of a WIIMote is already way off. I'm betting that the overall swing dynamics of the club/wiimote love child will be worth it in the end. I'm gambling that I could still shoot a real round of golf

Moment of Inertia, aka Torque

Moment of inertia is the name given to rotational inertia with respect to the axis of rotation, in this case the players spine. This is expressed at I (Moment of Inertia) = m(mass) x r(radius away from the spine) squared. This represents the resistance to the change of motion, speeding up or slowing down, of the club head for the force applied. So as the distance of any given weight increases, the amount of resistance you feel in your hands increase exponentially - back to the roll of quarters in your hand vs at the end of a pole.

Now, the following calculations do not relate to the effect of the added weight of the device and the effect on your swing.

Basic stuff, where mio denotes Moment of Inertia AND ignoring your life-long experience with the weight of your arms:

So the differences you actually feel in your hands:

Add in the benefits of : 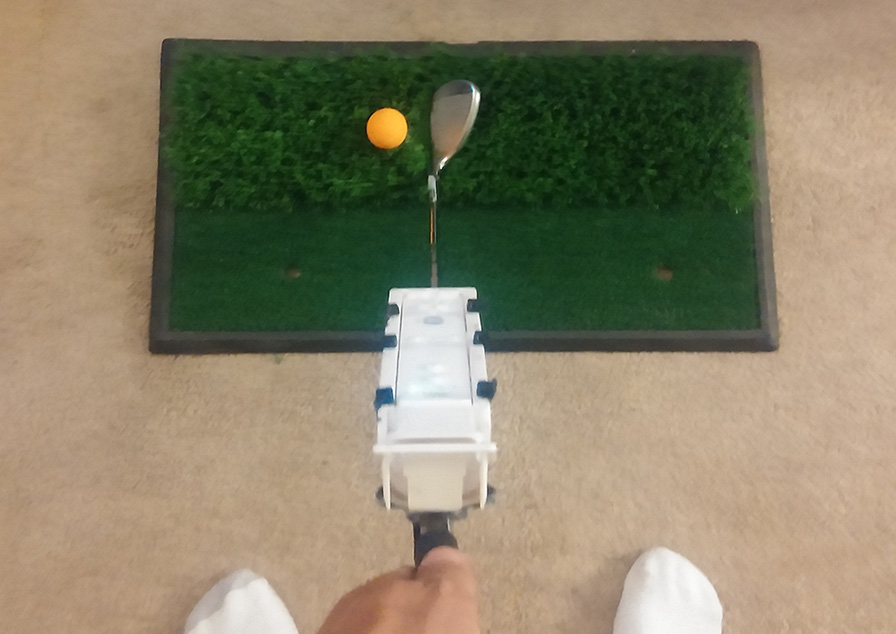 How to Make a Game – Making Video Games from Scratch

How to Make a Steam Unity Game from Scratch – All Tutorials