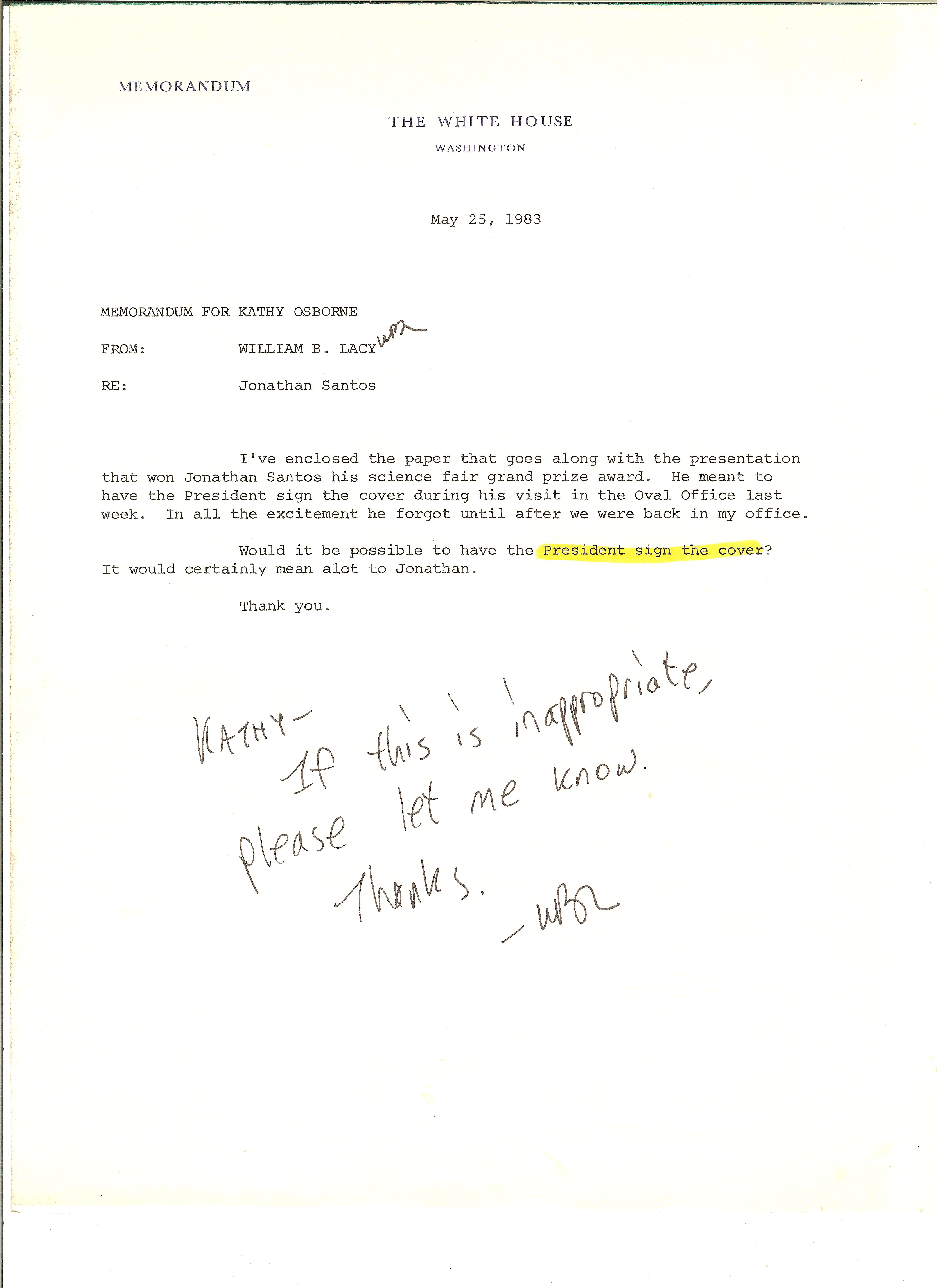 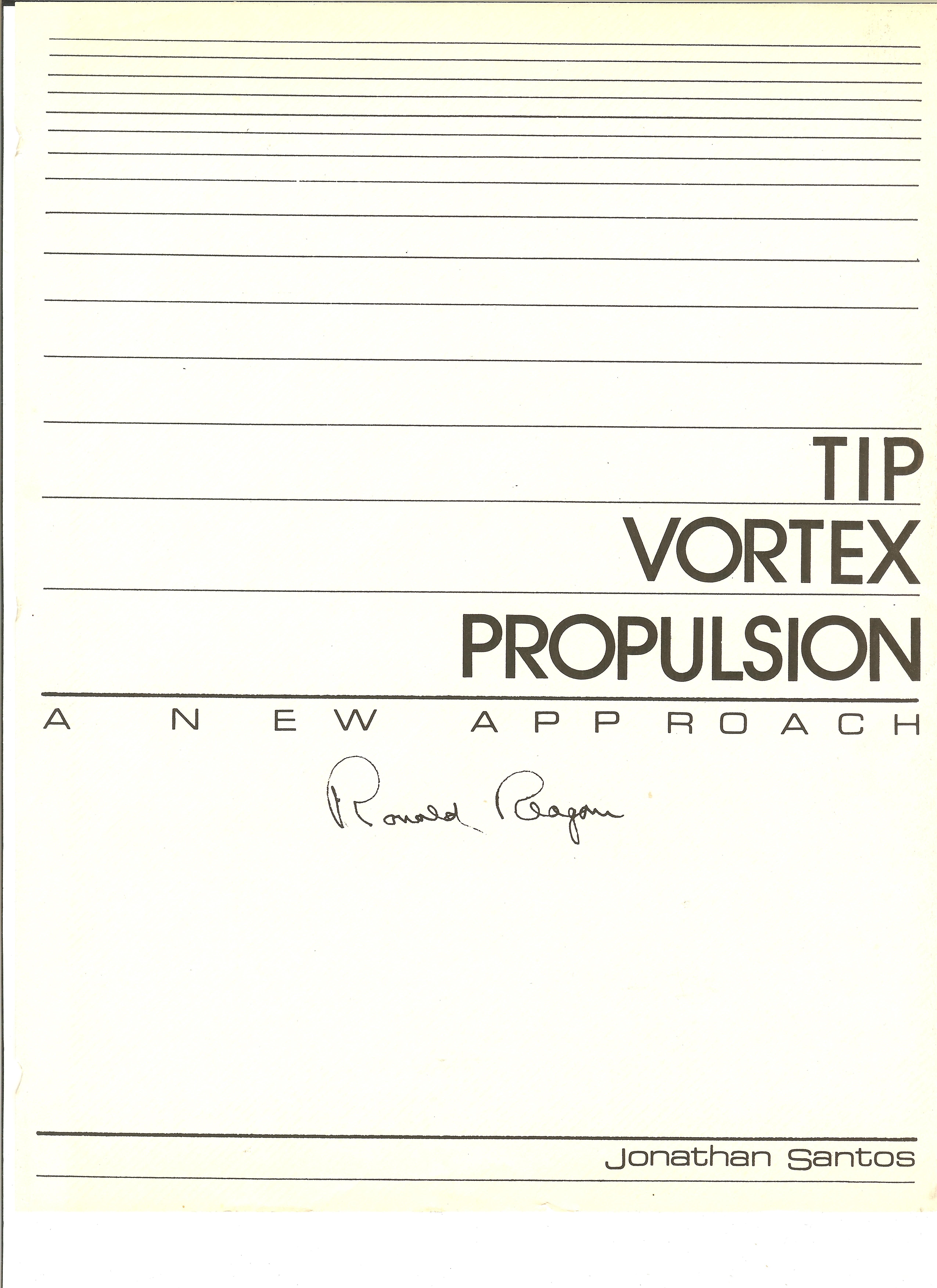 When the call came from the White House, Jonathan Santos asked calmly if the president wanted to see the background research behind Santos' aeronautic project that captured the grand prize at the International Science and Engineering Fair last week. Or perhaps some of his other inventions?
"I have a briefcase," Santos, 17, volunteered to Bill Lacey, an aide to President Reagan.
But as it turned out, there wasn't much time for science yesterday during the 10-minute meeting of the Great Communicator and the young inventor.


"I kind of explained the project to him, but I don't think he . . . well, there was a lot of smiling back and forth," said the Bowie High School senior.

Santos was slightly disappointed that he could not get into the depths of his project, Tip Vortex Propulsion: A New Approach, with Reagan. He also missed a chance to zip one of his favorite styrofoam gliders, made from hamburger meat trays, across the Oval Office. But that's not to say the Santos family, along with Bowie High Principal John M. Hagan and chemistry teacher Linwood Adams, did not enjoy their visit to the White House.

"I went blank. There he was for real, said the youth's father, Severino Z. Santos, a NASA engineer.

"Just like the snapshots," beamed his mother, Lucila. "He asked me if I still had the wind tunnel in the living room," said Mrs. Santos, referring to the device her son built to help him test the design for airplane wings that topped 560 domestic and foreign entries.

The littlest of the four Santos children, 11-year-old Felicia, hugged a blue box containing a sealed decanter of jellybeans with the presidential signature etched in the glass. All she could say was, "I'm gonna keep them. I'm not gonna open them for a while."

The visit to the president was just the beginning of big doings for the family. Today, after a radio interview with the Voice of America that will be beamed to China, Santos will fly to New York to tape a segment for the CBS Morning News. The network called up, just like the president, and demanded an exclusive.

"It made it sound like I was signing my life away," said Santos, who will be attending the University of Maryland this fall. "I'm not used to this--I don't know if I can handle it."

In December, Santos will go to the Nobel Prize ceremonies in Stockholm with expenses paid by a General Motors grant, part of his science fair winnings.

Reagan asked Santos yesterday if he was going to patent his discovery, an attachment that improved fuel efficiency of model planes Santos tested by 27 percent. Santos said he was working on that. Officials from Boeing Aircraft are already talking to him about the design.

The visit to the president over, the family returned home, where soon they will have to take down the 73 helium-filled balloons from the kitchen ceiling, the bunting from the walls and the "Congratulations" banner draped across the garage. Now, says his mother, "It will be fun to see what he does next."