It seems like an easy task to make a computer application that shows simple pictures to a non-verbal person to point and convey a need or concept. The major hurdle is when you fold in both apraxia and aphasia - where words and even visuals do not match what a person wants to convey. For me, I knew what a bannana and a hairbrush were but I could not point to which one was which.

About the time I was recovering but still incapable of speech, I made this sketch of a software interface I vowed to write if I ever recovered. 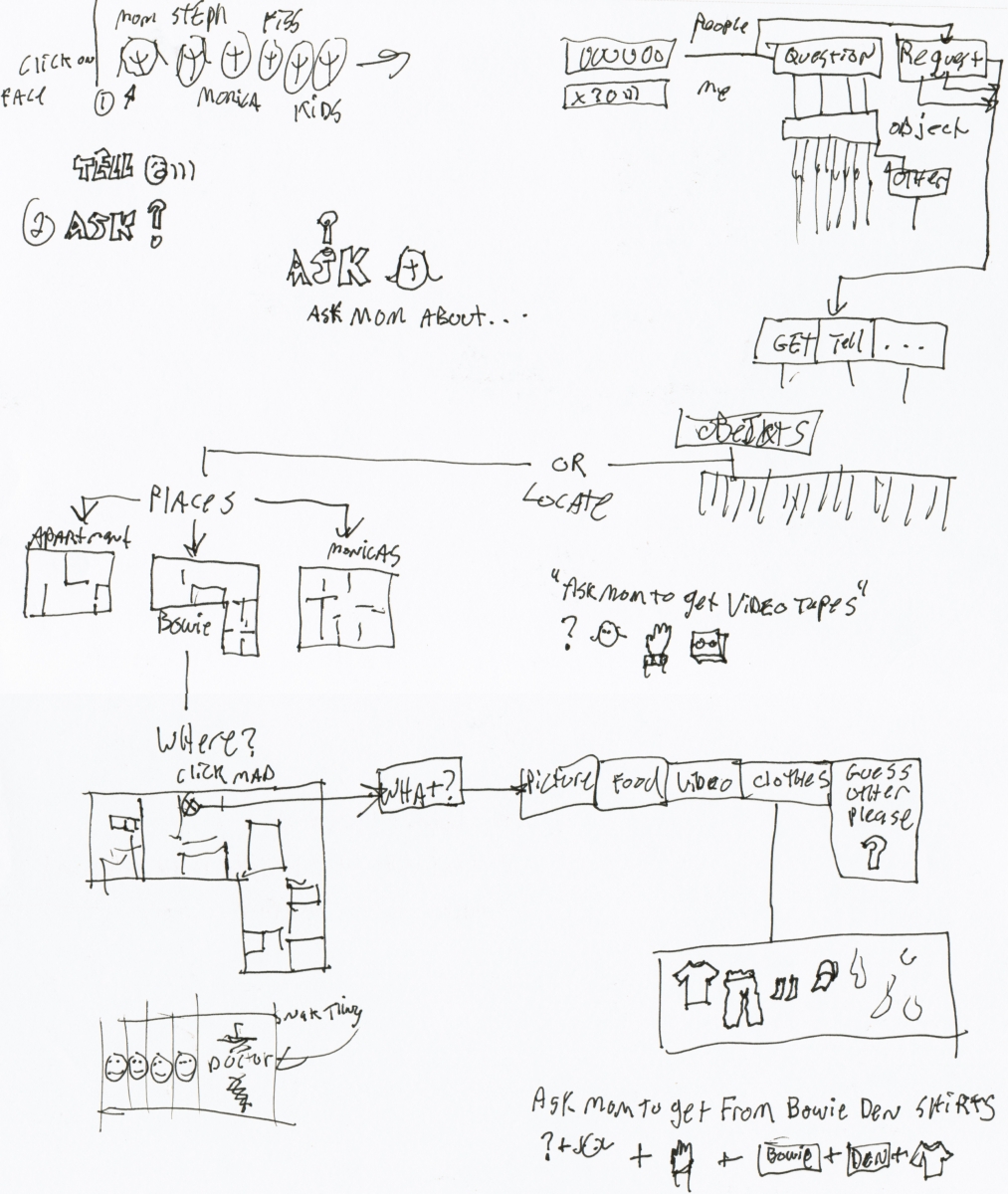