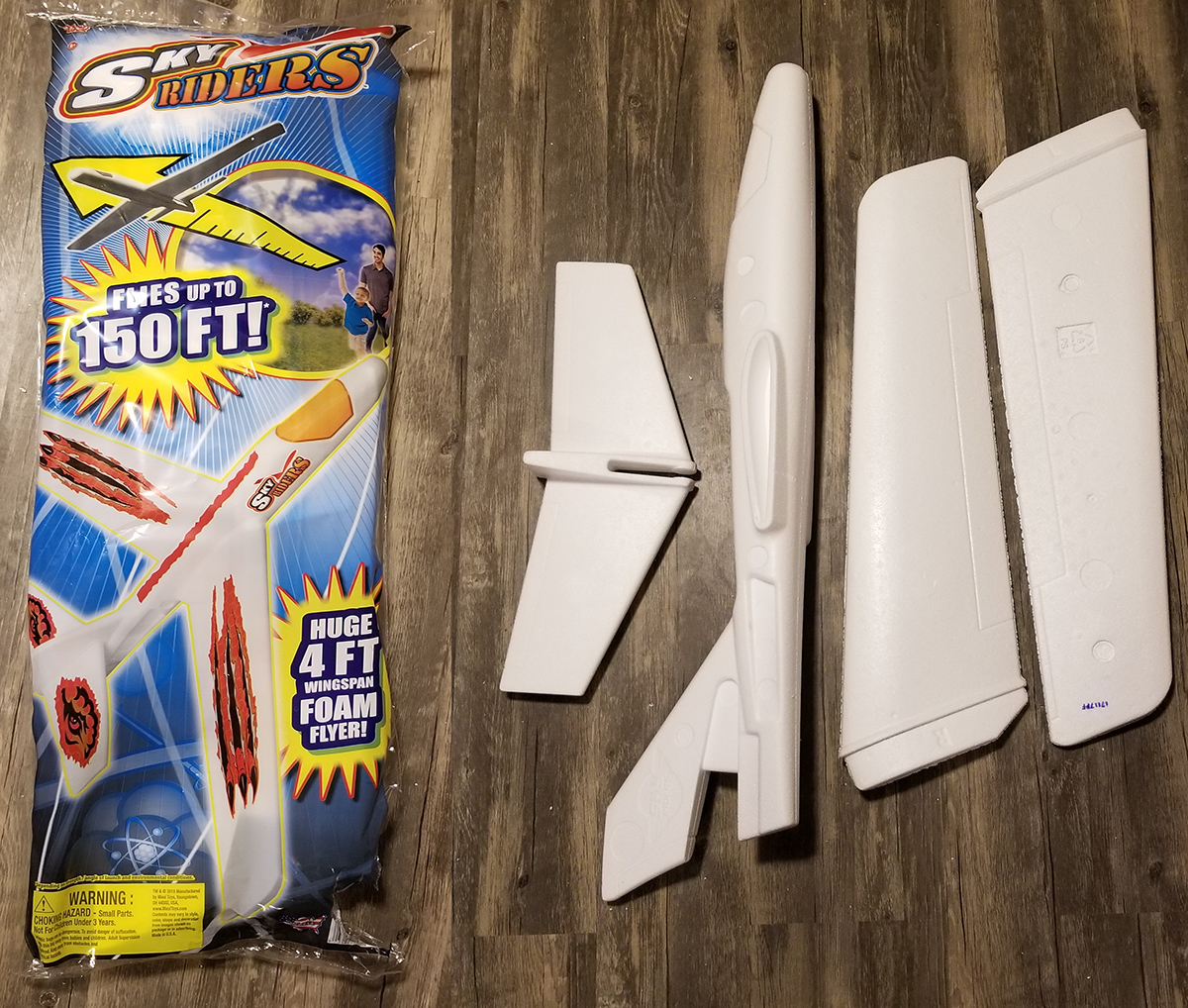 There are a ton of articles and videos on converting toy styrofoam gliders to a functional, powered RC airplane. Most of the DIY sites I've flipped through detail things like hot gluing servos directly to the foam body, or wrapping components in copious lengths of packing tape. This may well make a working plane in short order and with minimal cost - but the thing that gives me pause is envisioning the INEVITABLE first crash!

Could you make a super-light structure that holds the motor, receiver, servos, and batteries that piggyback ontop of a store-bought plane?

Just diving in, I measured the foam planes natural CG and marked it on the fuselage. I'll start building around keeping the plane balanced first.

The plywood base plate is cut to sit perfectly on top of the unaltered plane's flat spot with two pieces of basswood square stock to hold the boom fuselage. I used an old arrow shaft I had laying around - only to discover that arrow shafts are torsionally weak. The arrow is nice and rigid but the rear stabilizer will be pretty twisty!

The big gap is for the arrow/fuselage, the smaller gap will hold the motor riser. 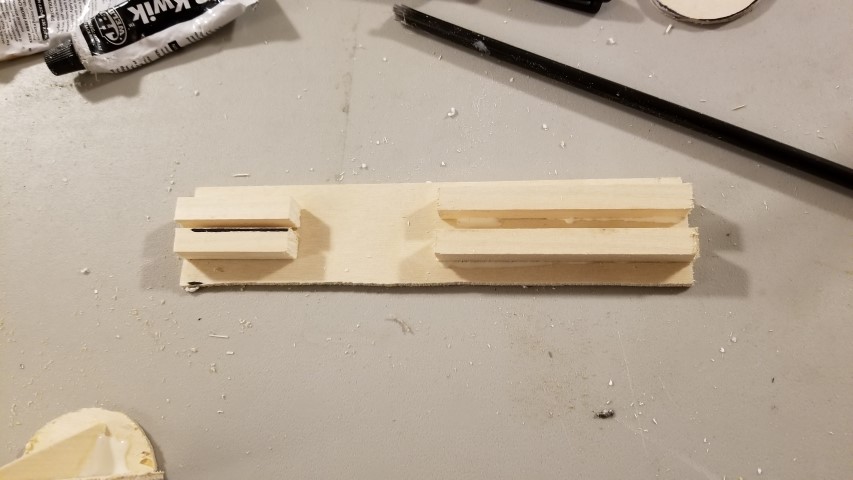 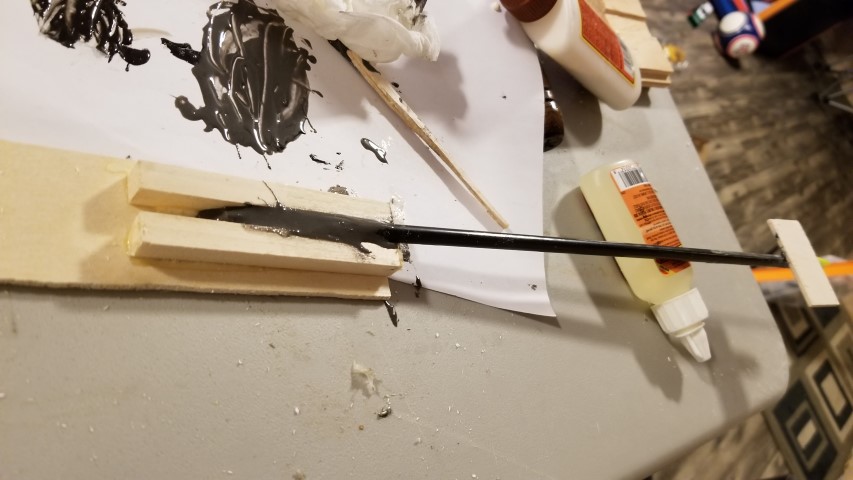 I had to move and double stack the riser mount (now complete with the round motor mount plate) to allow the prop to clear the battery pack. 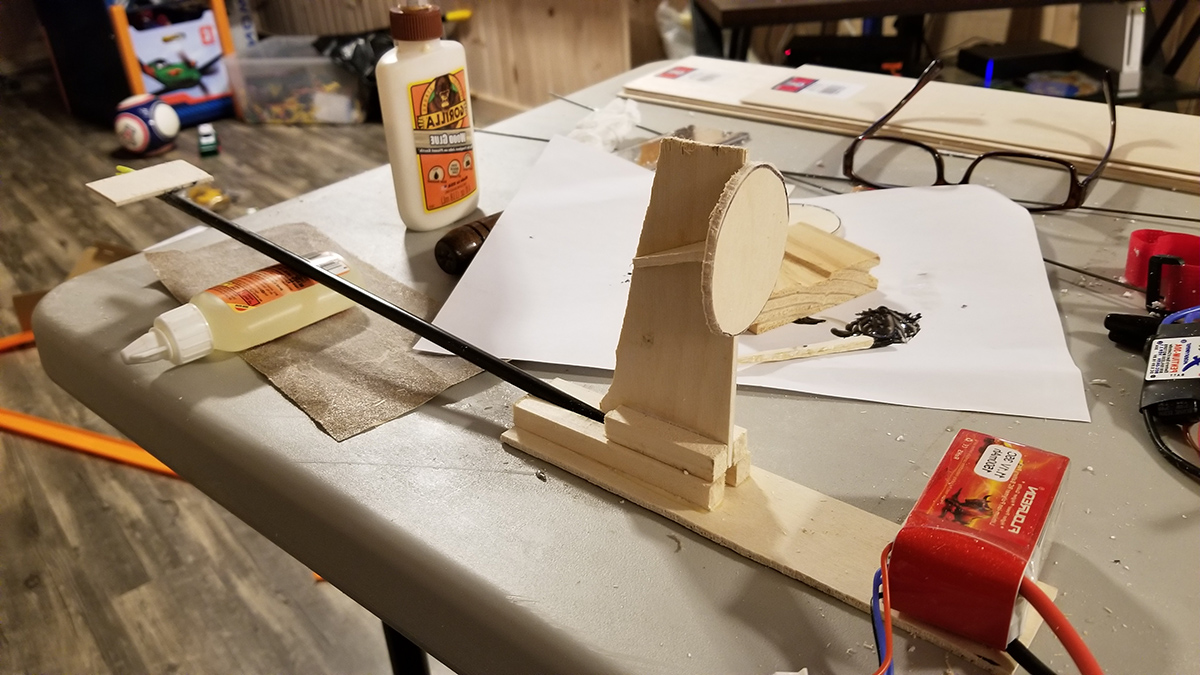 Vote or not - political signs make great plane surfaces! The material is called CoreFlute...expensive. After an election....free! 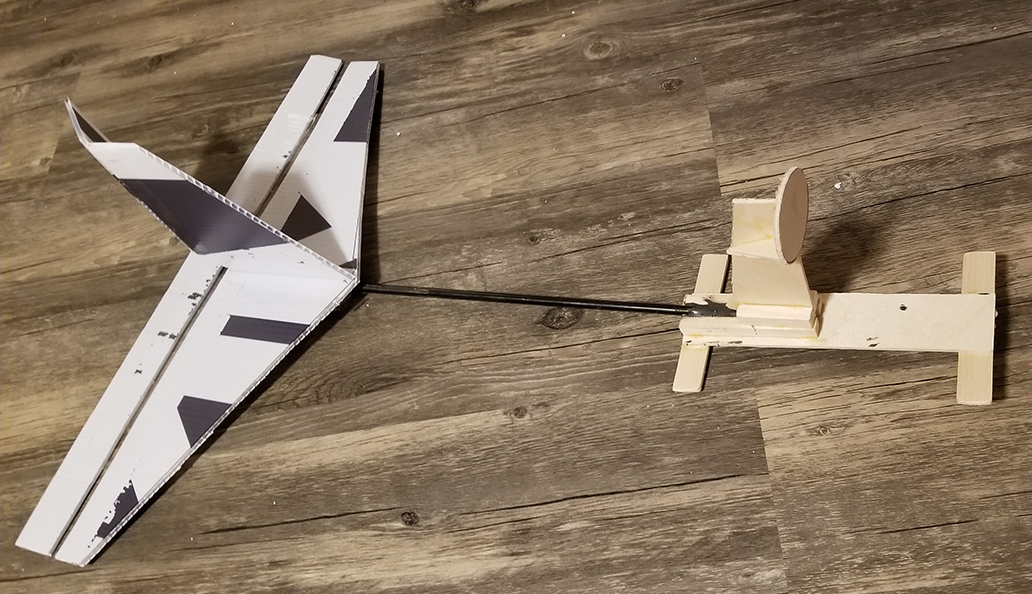