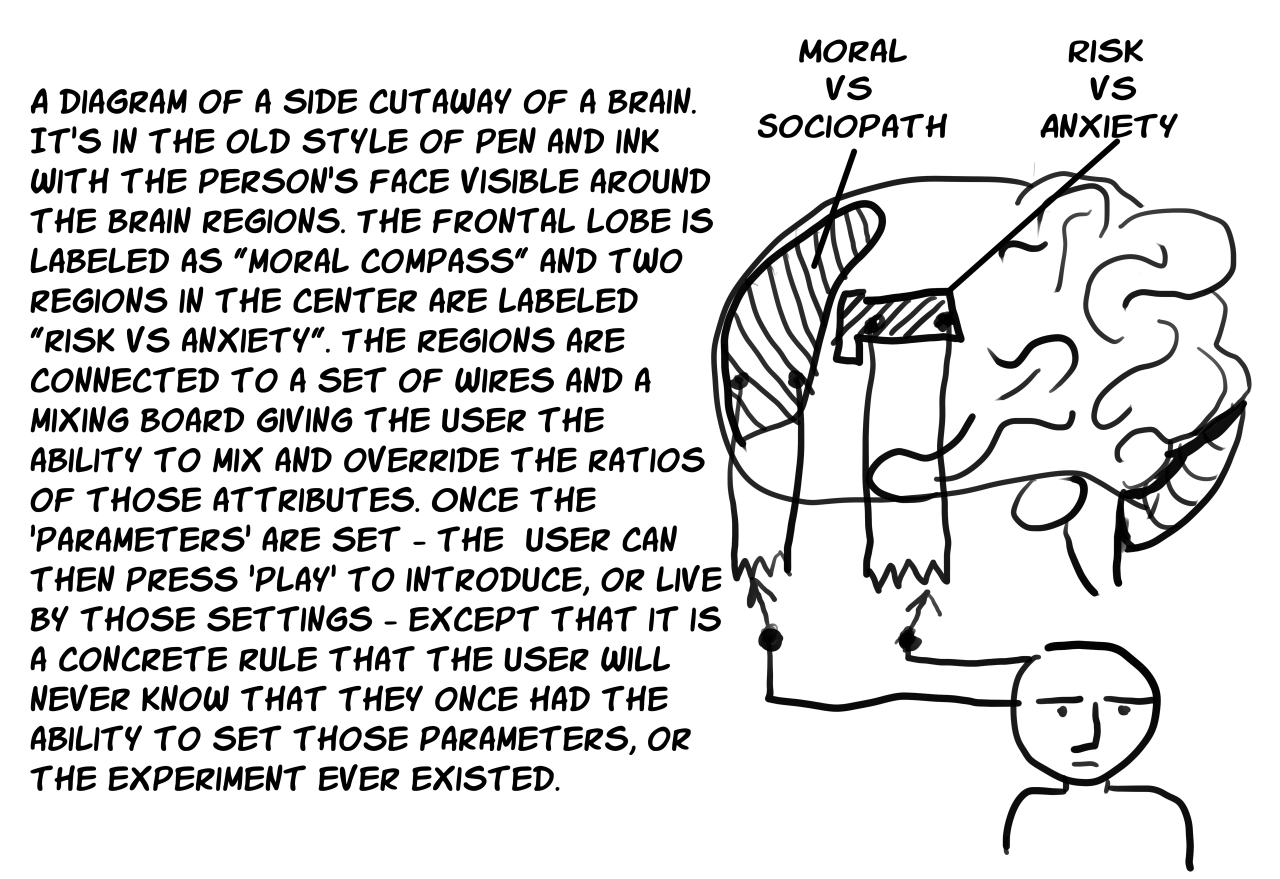 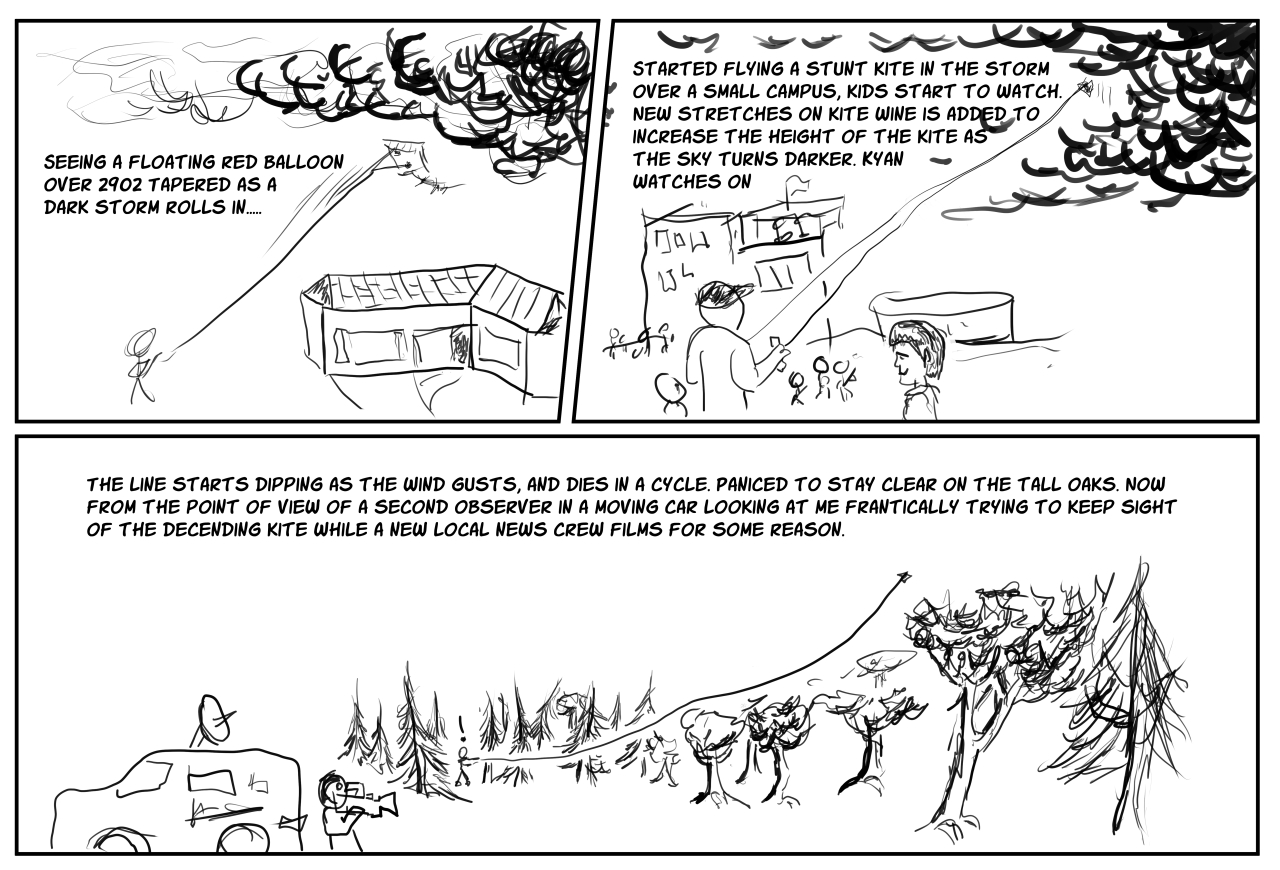 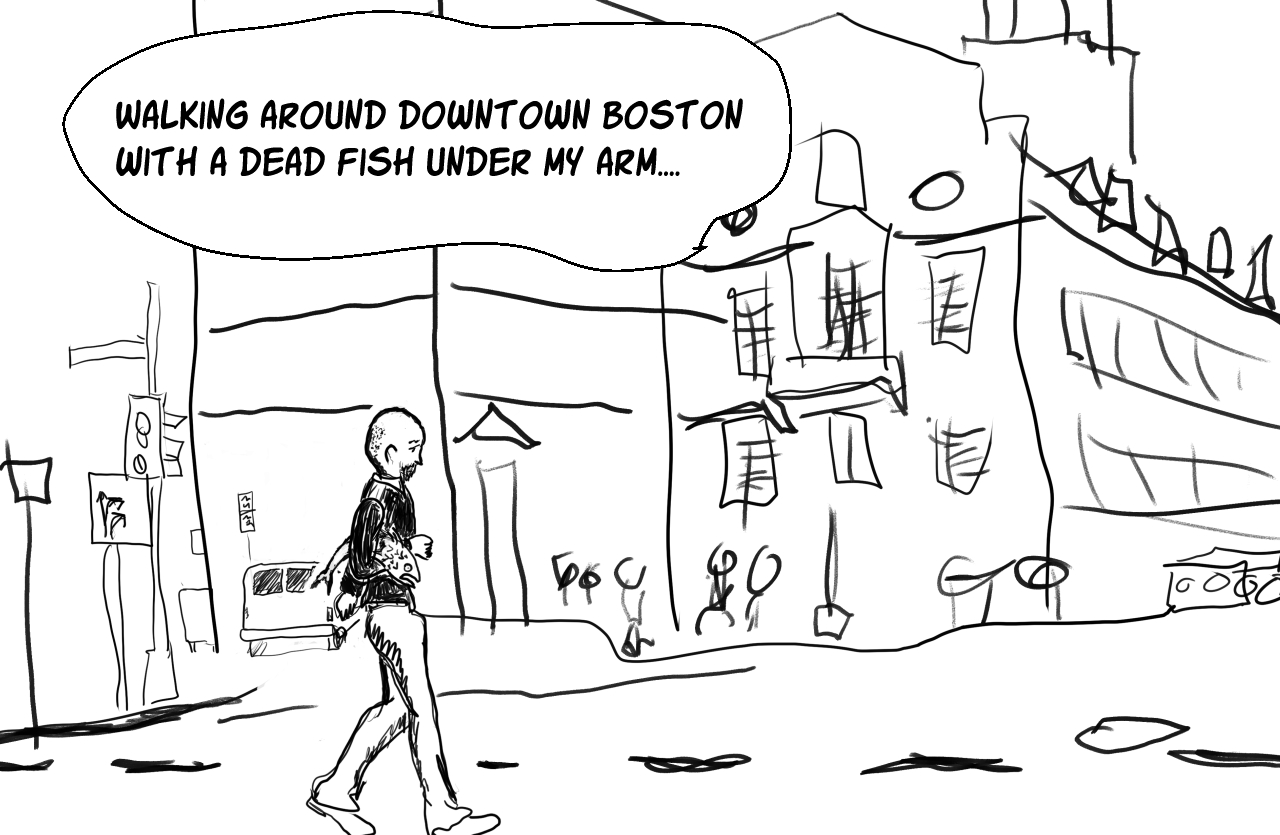 Design for a work portfolio 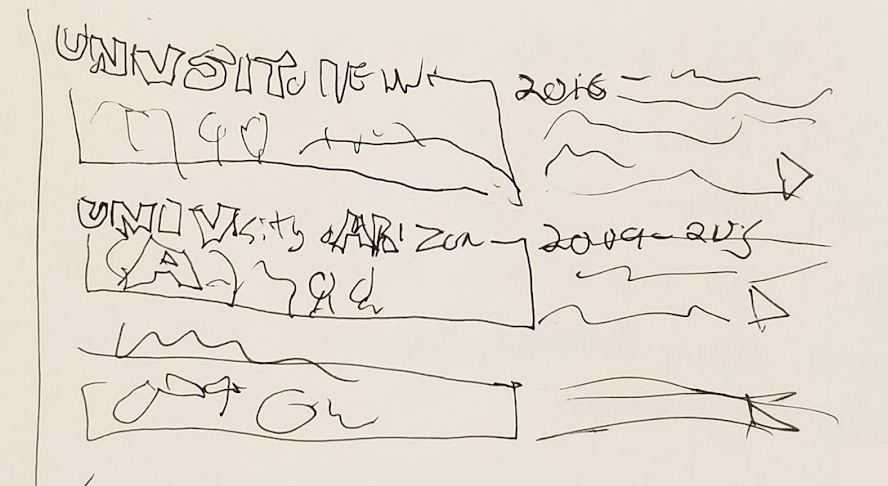 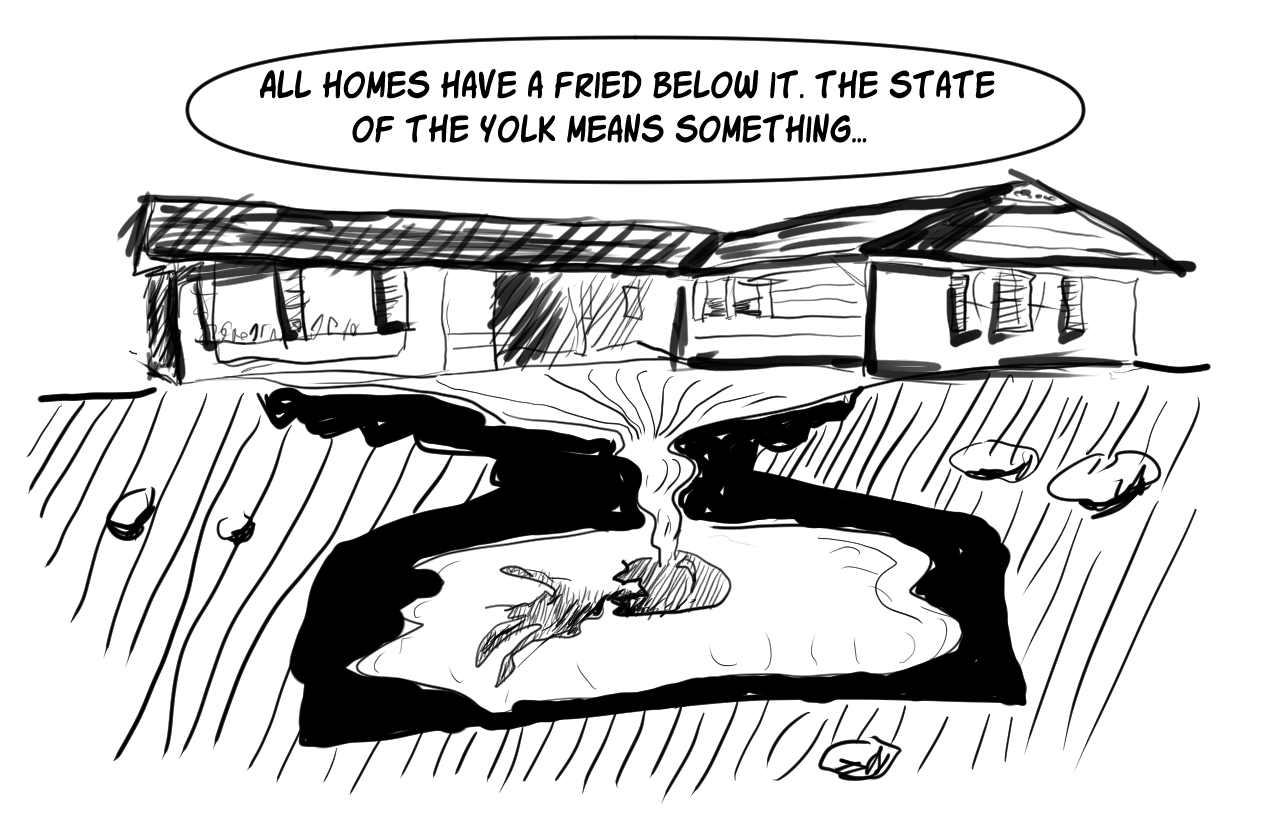 1
--------------------------------------------
A diagram of a side cutaway of a brain. Its in the old style of pen and ink with the persons face visible around the brain regions. The frontal lobe is labled as "moral compass" and two regions in the center are labled "risk vs anxiety". The regions are connected to a set of wires and a mixing board giving the user the ability to mix and override the ratios of those attributes. Ones the 'parameters' are set - the user can then press 'play' to introduce, or live by those settings - except that it is a concrete rule that the user will never know that they once had the ability to set those parameters, or the experment ever existed.

2
------------------
Watching a small fabric loom produce a bolt of blue denim. Then I see a pair of looms spooling out a stream of denim that somehow joins itsself a few feeet away forming a Y shape, ending in a single unified stream of wide fabric.

3
------------------
Seeing a floating red balloon over 2902 Tapered as a dark storm rolls in. Started flying a stunt kite in the storm over a small campus, kids start to watch. New stretches on kite twine ios added to increase the height of the kite as the sky turns darker. Kyan watches on. The line starts dipping as the wind gusts, and dies in a cycle. Paniced to stay clear on the tall oaks. Now from the point of view of a second observer in a moving car looking at me frantically trying to keep sight of the decending kite while a new local news crew films for some reason.

4
------------------
I was worried about getting to the office over a frozen lake. Pam suggested I buy a monster truck. I remained completely stressed driving over the fractured ice, but continued to do so for my daily commute

5
------------------
After driving down a spiral entrance to a concrete parking garage of a fancy planetarium - I waited in the lobby with Kyan wandering around the various scientific exhibits. The museum looked and smelled new. I follow behind Kyan as he ducked under the various velvet ropes and randomly stopped to site crossed-legged on the carpet as we waited for Donald Sutherland to take the stage.

10
-----------------
On the third floor of a dorm, heard music one floor below. Saw Scarlett Johansen dancing around wearing a Maryland hoodie. While talking to her I got chased by the dorm RA outside to the food court area of a beach boardwalk.Yelled at by a construction dude while climbing back into the dorm on a scissor lift.

12
----------------
A dad was trying to get a rocket to launch with his son. The dad left in frustration and I came over to help. I showed the boy how to connect the plastic nozzle to the pump when the furious dad returned. Pulled the boy away and into an open elevator.